In 1981 I was invited to exhibit work in Bangkok, Thailand. During the month before the show I had time to explore new materials. I found a pile of discarded rubber in front of a building where sandals were made. I collected rattan at a furniture factory and saw how the material was shaped using moisture and heat. I brought these materials to the gallery where I assembled the first of these sculptures. The additional work was completed in Los Angeles of similar materials, rattan, bamboo and rubber. These pieces were inspired by the landscape of the land, the culture and my reaction to the monsoon, in which the calm could suddenly become a torrent of rain and wind. It seemed an apt metaphor for much of life. 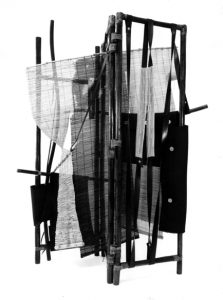 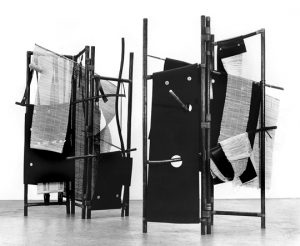 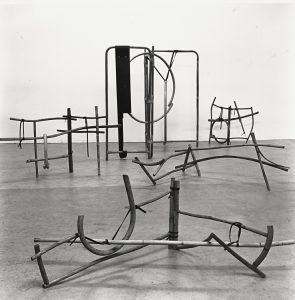 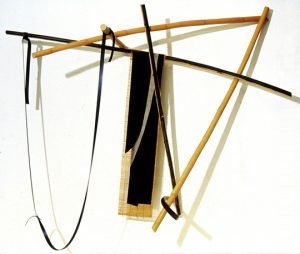 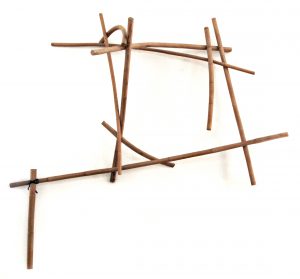 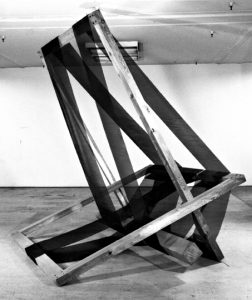